Ken Silverstein’s journalism career spans more than two decades beginning as an intern in New York City for PBS’ McNeil/Lehrer Report before heading to Washington, D.C. There, he covered Capitol Hill, the White House and the  regulatory bodies as well as the interest groups and think tanks. Since the 1990s, he has been focusing on the energy sector — and how federal and state policymakers are crafting the rules by which corporate America lives. 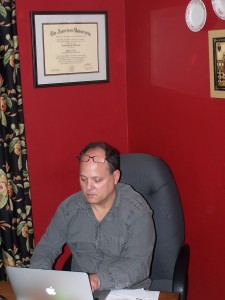 Three Mile Island: Lessons Nuclear Energy Industry Refuses to Learn
What is Capitalism
Jeb Bush’s Marijuana Use Pales Compared to the Threat His Own Kids Face from Climate Change
Coal Industry Has Wounded Itself Much Worse Than Obama’s Policies Ever Could

Enron Ethics and the Slow Death of American Democracy